A New Collective Agreement for the Building and Construction Authority Employees

This is the first agreement for the Authority, which was set up in April 2021

A new collective agreement for the Building and Construction Authority’s (BCA) employees was launched following a series of cordial meetings between the Authority and the General Workers Union (GWU), on behalf of all the employees. This agreement is valid until 2024 and offers employees stability, whilst enhancing the Authority’s operations

During the signing of this agreement, Karl Azzopardi, CEO of BCA thanked the Government, especially the IRU and P&SD sections for their support during the negotiations and praised the work and dedication of the workers of the Authority. He said that despite the complex nature of the work, and increase in demand for service, BCA employees do their utmost to provide an efficient and qualitative service. The CEO emphasised that the agreed package should help motivate the current workforce, as well as new recruits, to execute the BCA’s plans over the next years.

The new agreement includes new scales and reinforces the financial package. The agreement was signed by Karl Azzopardi on behalf of the BCA, Mr George Zahra, Assistant Secretary at the GWU and Mr Kendrik Bondin, Secretary of the relevant section of the GWU, together with representatives of the BCA workers.

The Minister for the Environment, Climate Change & Planning, Aaron Farrugia and Parliamentary Secretary for Construction Chris Agius were present for the signing.

“80% of the Authority’s workforce will benefit from this agreement. The BCA is currently working on strengthening its operations and improving work conditions for its workers. To safeguard stability, this collective agreement covers three years, and seeks to create new opportunities for workers in their careers. We want to encourage the workers’ efforts,” said Minister Aaron Farrugia.

Parliamentary Secretary Chris Agius explained how the worker is the focus of this government’s efforts, and the signing of this agreement is proof of how the government’s approach nowadays is very different from others in the past. He said that, at a time when the world is facing a pandemic, the Maltese worker found a supportive government.

Dennis Buttigieg Director General from the Office of the Permanent Secretary of the Minister for the Environment, Climate Change and Planning and Josef Buġeja, General Secretary of the GWU were also present for the event. 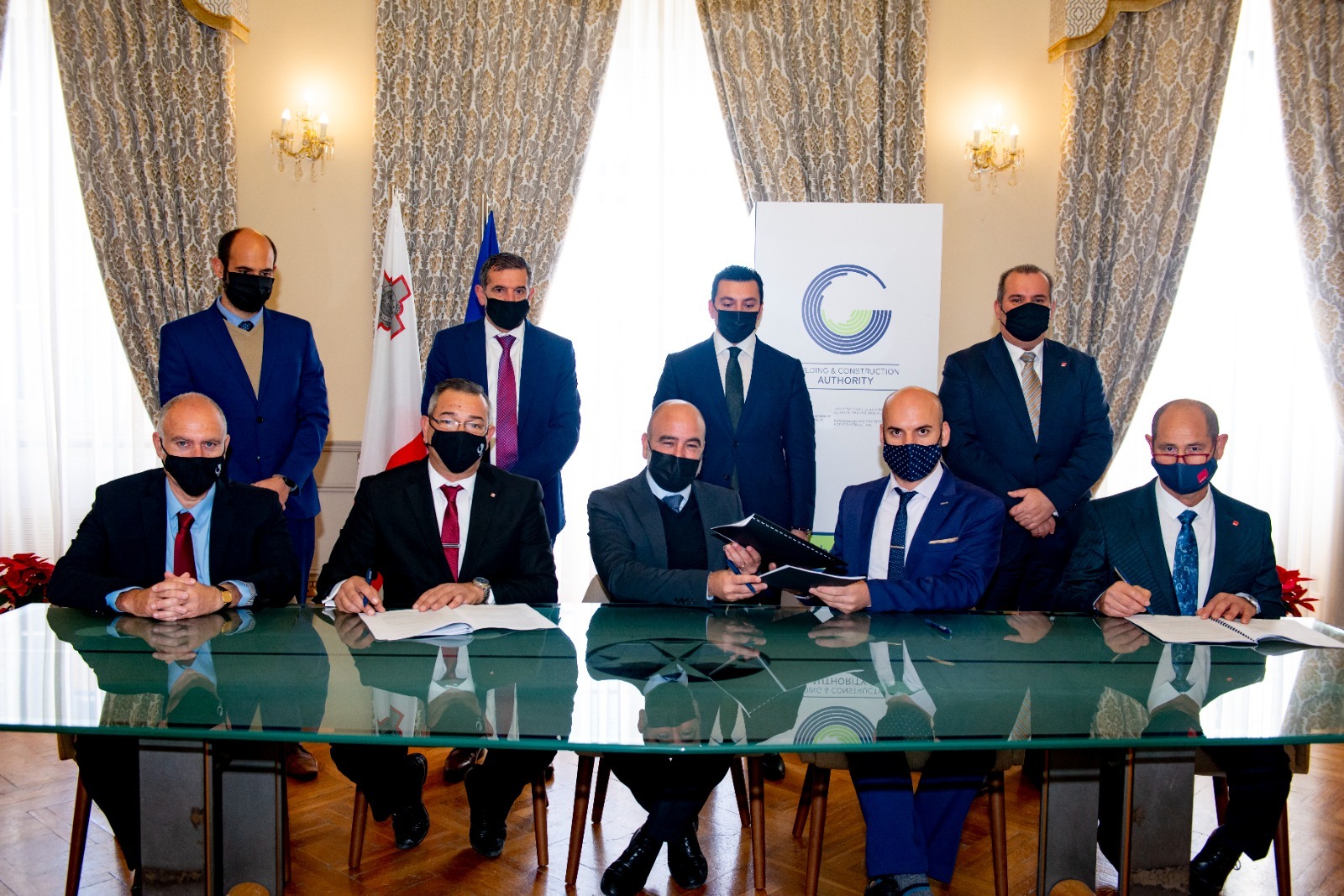